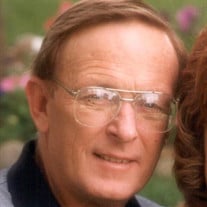 Stanley Gail Knapp Carson City, Nevada. Stanley Gail Knapp, age 71, passed away in the early morning of September 6th, 2018 with his loving wife, Janet, and sons Brian and Kevin by his side. Stan was born to Wilford Gail Knapp and Darleen Caroline Knapp on November 14th1946 in Los Angeles. Stanley also had a younger brother, Steven Dean Knapp. They grew up together in the Los Angeles area until Stanley was 19 when the family moved to Oakhurst, California in search of a better life. The son of a carpenter, whom he dearly loved and admired, Stanley followed in his father’s footsteps. Stanley lived in Oakhurst for nearly 45 years where he operated a successful construction business, building custom homes with his Dad. Doing high quality work with his father only reinforced the strong bond that Stanley had with family. Stanley fathered his two sons and raised them in the town of Oakhurst, taking time over the years to show his boys his love of quality and attention to detail in building and his intense joy of the outdoors. He also passed on his love of country to his sons who were a strong source of pride in their service to the country in the US Navy. In 1993, Stanley met his wife, Janet, and they made Oakhurst their home together for over 16 years. Stanley assisted his brother, mother and father through their lives and laid them to rest in Oakhurst before eventually relocating to Minden, Nevada to spend his retirement in the peaceful shadows of the Sierra Nevada mountains with Janet by his side. Stanley was a respected and well-liked member of his community, known for his creativity and love of maintaining his yard, fishing the rivers and lakes of the Sierras and the love of gaming! Stanley follows his brother, mother, father and beloved aunt and uncles to the Kingdom of Heaven. He leaves behind his wife, Janet; sons, Brian and Kevin; Daughters-in-law, Pam and Alana and 5 grandchildren, Tyler, Alison, Brienne, Natalie and Sophia. Memorial Contributions can be made in Stanley Knapp's name to: https://www.cancerresearch.org/join-the-cause/donate/one-time-donation

Stanley Gail Knapp Carson City, Nevada. Stanley Gail Knapp, age 71, passed away in the early morning of September 6th, 2018 with his loving wife, Janet, and sons Brian and Kevin by his side. Stan was born to Wilford Gail Knapp and Darleen... View Obituary & Service Information

The family of Stanley Gaile Knapp created this Life Tributes page to make it easy to share your memories.