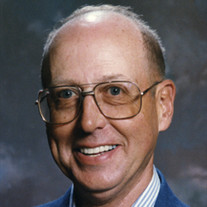 Roy Hargrave was born in 1936 in Hudson, New York. The family moved to Pasadena, California in 1939, where he spent all of his childhood. While at Elliot Jr. High he and several classmates formed a bond that exists to this day. They still get together often. Roy joined his lifelong friends whenever he could for sports and social events. He graduated from John Muir High School in 1954. He obtained a Bachelor of Science in Education and a Master's of Education in Guidance and Counseling from The University of Idaho. He also served in the Air Force Reserves. Roy was a high school guidance counselor in Orofino, Idaho, where his daughter and son were born. He then moved to Lovelock, Nevada, where he met his second wife Alice Arnold. They were married almost forty years. They moved to Fallon and then to Carson City in 1974. He took a position at the Nevada Department of Prisons, where he worked until he retired. He loved to travel in his RV and took many trips over the years. He visited every state except Alaska during his lifetime. He also enjoyed fishing and camping at Topaz Lake, which was his favorite spot. For many years he volunteered at the Nevada State Railroad Museum. He loved everything about trains and interacting with the passengers. Roy was a member of the Elks for over 50 years and made many lasting friendships there. He was a high school football official for many years and traveled to many games all over Northern Nevada. He loved his football! Roy was preceded in death by his wife, Alice in 2004. He is survived by his daughter, Nanci Campbell, of Carson City, his son, Phillip Hargrave and his wife Lisa, of Hood River Oregon, grandchildren Luke Szatmary and Lindsay Campbell of Carson City, and Paul Hargrave of Hood River Oregon, his brother David Hargrave and his wife Karen, of Palm Springs California, a cousin Schuyler Sharp and his wife Betty, a cousin Katharine Borgen, and her husband Bjorn, nieces and nephews Erin Hills, Erik Hargrave, Lindsey Hargrave and Chelsea Chapman and many grand nieces and nephews

Roy Hargrave was born in 1936 in Hudson, New York. The family moved to Pasadena, California in 1939, where he spent all of his childhood. While at Elliot Jr. High he and several classmates formed a bond that exists to this day. They still... View Obituary & Service Information

The family of Roy Stuart Hargrave created this Life Tributes page to make it easy to share your memories.