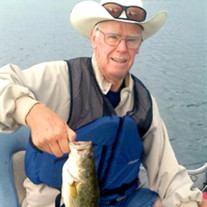 Roger G. Teig, 75, passed away peacefully at his home on March 27, surrounded by his loved ones. Born in rural Iowa, Roger spent his early years on the family farm and a one room school house. He was the 7th child of Mary and Mandus Teig. His schooling included a degree from the University of Iowa and postgraduate studies in insurance. Moving to California following graduation, Roger met his future wife, Gail, in San Francisco. They spent 35 years in the Salinas, California, area and became the proud parents of Pamela, Ginger, and Christopher. Most of Roger's career was spent with Pan American Underwriters, agricultural insurers, giving him an opportunity to renew his agricultural roots. With Pan American, he rose from salesman to manager to director and eventually President and CEO of the company, based in Pasadena, California. When the opportunity came to sell his ownership in the company, he and Gail moved to the Lake Tahoe area, and shortly thereafter to the Carson Valley, where they purchased the historic Van Sickle Station Ranch. The past 20 years in Nevada have been some of his happiest. He always said, "God only made so much dirt" and he loved owning a beautiful piece of it. Roger loved being around people and interacting with them. He was always active in civic affairs, from the Jaycees in Salinas, the Chamber of Commerce Board, a director of the California Rodeo, and many others. He initiated the first Airshow in Salinas, which went on to become a world class affair. Retirement did not quell Roger's desire to participate in community affairs. He loved the Town of Genoa and was instrumental in several of its present activities, the Cowboy Festival, Friends of Genoa, and leading the Genoa Bells initiative. He was also a proud supporter of the Carson Tahoe Medical Center. In addition to his interest in ranching, Roger enjoyed spending time at his cabin in Minnesota, along with fishing, golfing, traveling, skiing and hiking, always with friends. Roger is survived by his wife of 51 years, Gail, and his beloved children Pam (Jeffrey) Niehoff, Ginger (Eric) Voelker, and Christopher Teig, as well as grandchildren Halle Rae Niehoff, Mason James Niehoff, and Logan Teig Voelker. He is also survived by two sister, Barbara Adams and Virginia Fenton, one brother Forrest Teig, as well as numerous beloved nieces and nephews. Thinking himself as something between a cowboy and a Viking, Rog loved life, loved people, and loved story telling. He will be sorely missed by those who loved him and many who merely knew him.

Roger G. Teig, 75, passed away peacefully at his home on March 27, surrounded by his loved ones. Born in rural Iowa, Roger spent his early years on the family farm and a one room school house. He was the 7th child of Mary and Mandus Teig.... View Obituary & Service Information

The family of Roger Glen Teig created this Life Tributes page to make it easy to share your memories.

Roger G. Teig, 75, passed away peacefully at his home on March...