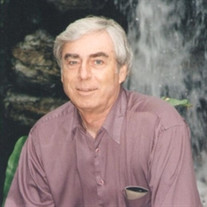 Robert Ray Wirts, 79, beloved husband, father and grandfather of Minden, NV went home to be with Jesus on September 30, 2013. He was born December 5, 1933, in Coffeeville, KS., the son of Leona and Leonard Wirts. On May 16, 1970 he married Rose Marie Setsodi, and they were married for 43 years. He was employed by San Bernardino Associated Governments (SANBAG) for 10 years in the Traffic Engineering field, self-employed for 9 years providing engineering services to SANBAG, local agencies, private developers, Traffic Engineer for the City of Colton and other consultants. He served as Vice President of MGA and Associates, Traffic & Transportation Consultants. Bob had 18 years as City Traffic Engineer for the City of San Bernardino. He was also employed by Cal Trans. His was affiliated with The Institute of Transportation Engineers and San Bernardino-Riverside Traffic Engineers Association He is survived by his loving wife Rose Marie, his children daughter, Kristin Blakley Mt. Airy, MD, son’s Michael Wirts of Aurora, Co, Cleve Wirts, Kingman, AZ and Kevin Wirts, Tucson, AZ. He is also survived by his grandchildren, Ryan, Breyden, Rose, Raymond, and Kayla. He believed in the Lord, was devoted to his family and was always willing to help people with questions regarding electronic items. Friends and relatives would always ask his advice before buying lots of items as they knew Bob would research it for them. He was a good man, who worked hard and enjoyed going on vacations with the family. We know we will see him in heaven and we will truly miss him.

The family of Robert Ray Wirts created this Life Tributes page to make it easy to share your memories.