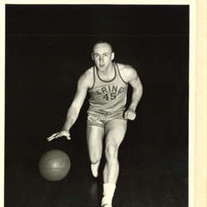 Richard Alan Witzig, M.D., 81, passed away on April 18 at home in Gardnerville, NV, surrounded by his family. He was born on October 16, 1931, in East Orange, NJ, to DeWitt Witzig and Marjorie McDonald Witzig, and grew up in Maplewood, NJ. He graduated from Columbia High School in Maplewood in 1949. After high school he attended Lehigh University in PA, receiving a BA in Business Administration in 1953, and joined the Marine Corps shortly after graduation. He played basketball for the Marines, as he had throughout high school and college, and family lore has it he narrowly missed trying out for the ’56 Olympics team. After his stint in the Corps, Dick elected to return to school and attended Hahnemann Medical College in Philadelphia, where he received an M.D., furthering his education at the University of Pennsylvania and in his residency at Philadelphia General Hospital. He opened his medical practice in San Bruno, CA in 1965. For thirty-four years, he was a beloved family physician, serving also as Chief of Staff and Director of Emergency Services at Peninsula Hospital for several years during his practice. Dick married Mary Lois Tenge in 1962 in Burlingame, CA. They were happily married for 50 years, and celebrated their golden anniversary with children, grandchildren and great-grandson last July 21. Dick made lifelong friends throughout his travels from east to west coasts. The very embodiment of “witzig,” he loved to laugh, spin a yarn and debate politics. He sailed, skied, played tennis and golf and, of course, always excelled at basketball. He was a sports fan and fierce competitor all his life but his heart was in the quiet times spent with his animals, good books and classical music on the radio. Dick is survived by his wife, Mary, of Gardnerville, NV, his daughters Denise Witzig (Dan Bennett) of Oakland, CA, Suzanne Witzig (John Raffanti) of Las Vegas, NV and sons Mark Witzig (Micki) of Scotts Valley, CA and Dan Witzig of Truckee, CA; his grandchildren Jamie and Rob Witzig, Patrick, Jack, Erik and Maggie Witzig, Nolan and Gracie Bennett, Taylor Nielsen (Brandon Scully), Lacey Price, and great-grandchild Trey Richard Scully. He is also survived by his cousin, Denny Clark (Pat) of Chapel Hill, NC. Dick was preceded in death by his parents, DeWitt and Marge Witzig, his parents-in-law John and Mary Tenge, his sister-in-law Joan Tenge Dyer, and his brother-in-law Jack Tenge.

Richard Alan Witzig, M.D., 81, passed away on April 18 at home in Gardnerville, NV, surrounded by his family. He was born on October 16, 1931, in East Orange, NJ, to DeWitt Witzig and Marjorie McDonald Witzig, and grew up in Maplewood, NJ. He... View Obituary & Service Information

The family of Richard Alan Witzig MD created this Life Tributes page to make it easy to share your memories.