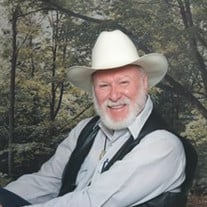 In Memory of Philip J. DuBois: November 6, 1932 - December 31, 2017 Philip J. DuBois “Phil,” owner of DuBois Health Center since 1964, passed away on December 31, 2017. Phil was born November 6, 1932 to Roland and Lulu DuBois in Haverhill, Massachusetts. Phil attended Aggie, the Essex Agricultural and Technical High School, where he developed a passion and lifetime love for plant and animal sciences. At the age of 18, Phil moved to Lander, Wyoming where he worked as a ranch hand and lived in an old railroad container. Phil met his first wife, Ann Hallett, in Lander and they were married September 29, 1952. Phil and Ann had four children, Philip Jr., Kathryn, Kevin, and Colette. Phil and Ann moved to Rock Springs, Wyoming in 1953 and then to Reno, Nevada in 1954. Phil and Ann opened DuBois Health Center on May 1, 1964 with the primary goal of providing healthy alternatives to the people of Carson City, Nevada. Ann passed away in 1975 and Phil re-married to Judy Watkins in 1976. Judy had two children, Robyn and Glen, both of whom Phil loved as his own. Over the past 53 years in business, Phil helped many people to overcome many health challenges using his developed knowledge of nutrition, vitamins, and herbs. Phil was always reading and researching to best help others with health and nutrition because he lived to help others. DuBois Health Center is still a thriving natural food, herb shoppe, and nutritional supplement business today. Phil worked up until his passing because his love, enthusiasm, and passion for his work and helping others were unstoppable. Phil is survived by his wife of 42 years, Judy, his sons Phil, Kevin, and Glen, his daughters Kathryn, Colette, and Robyn, 9 grandchildren, and 4 great grandchildren. He is also survived by his brother, Roland “Bud” DuBois, and his sister Trudy Munns, as well as many other relatives and friends. In lieu of flowers the family requests donations be made to The American Wild Horse Campaign or a charity of your choice in his name. PDF Printable Version

The family of Philip J DuBois created this Life Tributes page to make it easy to share your memories.