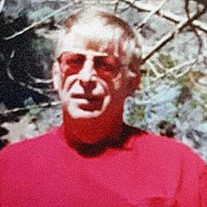 Paul Anthony Nalazek passed away peacefully on December 26, 2021 of COPD in Dayton, Nevada. He was born in Bay City, Michigan on July 10, 1946. He graduated from St. Stanislaus High School in 1965. He was preceded in death by his parents, Anthony and Alvina Nalazek, sister Kathleen Zielinski and niece Karen. Paul is survived by his brother-in- law Aloysius Zielinski, nephew Mark and Mark’s children, Gage and Madison, and a niece, Connie Zielinski. After graduation Paul started in the Tool and Die Apprentice program with GM. During this time, Paul was drafted into the Army, serving as a radio operator for the soldiers who went into the Viet Nam tunnels during the war. After he was honorably discharged, he reentered the Tool and Die Apprentice program and moved to Davidson, Michigan and worked in Flint, Mi. for the next 47.5 years at GM finishing Die Chevrolet Manufacturing Plant 37 shop. During his breaks at work he was an avid crossword puzzler, often times completing the entire puzzle during his lunch break. He would copy and distribute the daily crossword puzzles and hand them out every day to about 15 different co-workers during his breaks. Paul also had season tickets to the University of Michigan football games. He attended every Saturday game for many years. Paul loved his cars, boats and bikes. One story has him buying a 1968 Pontiac Tempest with a banged-up front end. He repaired it with some white sheet metal from another car and drove it until the engine gave out. Unwilling to give up on the car, he found a Pontiac Catalina with the same model engine, and used that engine in the Tempest. He then re-named the car the Tempolina and drove it for many more years. He also enjoyed the 396 hp Camero he and his buddies bought for drag racing. They ran it – and won! – for several years. He built a Harley Davidson from scratch and single-handedly transformed it into a chopper. Paul also loved boats. He had a drag boat with a 464 hp motor because he felt a need for speed on Lake Benton. One day he hit a bump which broke the seal on the prop, sending the boat to the bottom of the lake. Nevertheless, he rescued the boat, repaired it, and continued to use it for many years after. He married Nina Taylor on 12/7/1985 and moved to Dayton, Nevada after his retirement, where he continued to indulge in his love of crossword puzzles and the U of M football games. Paul’s remains will be interned at the Veterans Great Lakes National Cemetery 4200 Belford Road Holly, MI 48442 – services as of yet to be determined.

Paul Anthony Nalazek passed away peacefully on December 26, 2021 of COPD in Dayton, Nevada. He was born in Bay City, Michigan on July 10, 1946. He graduated from St. Stanislaus High School in 1965. He was preceded in death by his parents,... View Obituary & Service Information

The family of Paul Anthony Nalazek created this Life Tributes page to make it easy to share your memories.