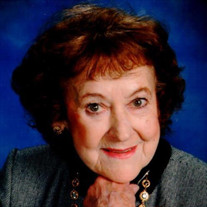 Marilyn Trelenberg was born in Dearborn, Michigan on 5 March 1933 to Joseph and Clara Ketko. Her childhood was difficult. Her father, marrying her mother and giving her a half-sister, Gloria, a father, died from pneumonia when Marilyn was three – one year before penicillin was approved for use. Following her father's death, Marilyn’s mother would hide the family when her grandmother would attempt to visit. Therefore, to her later regret, she didn’t get to know her father's family well – her grandmother would walk miles from their farm to Marilyn's house. She she was told to stay quiet, watching silently from an upstairs window until her grandmother gave up and started the walk home. Though not getting to know her father as fully as a daughter should, it did give her great sympathy for his situation and a desire to help people who were sick. Adulthood, brought the freedom to find how she fit into the big world. Initially, working to become a dietitian and helping people live better, she found the field less challenging than she had hoped. Talking with some friends, she began to wonder if she if should consider switching to nursing. When she found out more about surgery, she was sold. Sketching and drawing had been one of her favorite pastimes as a child and she was now able to use these skills for the various organizations of which she became a part. Marilyn earned her nursing credential as part of Henry Ford Hospital's class of 1955....the very mention of which got her hired on the spot at a number of hospitals early in her career. In her later years, after nursing had become a degreed profession, it caused her no end of frustration that she would be looked down on for not having a degree by people who did not understand that she had come from the MIT of nursing for her day. During this time, she adopted her step-father, Myron Talmage, taking his last name. He had been a ray of sunshine in her tumultuous childhood. She and her husband, Walt (whom she loved dearly—even decades after his death), made the move to California...leaving Michigan with nothing more than they could fit in the back of his light aircraft (much to her mother's chagrin). In these early years, there were a couple of coast-to-coast moves for jobs, but in the end, California ended up being home, with Walt working at Rocketdyne and Marilyn landing arguably her most loved job at Valley Presbyterian Hospital in Van Nuys. She had other jobs she loved, but VPH not only had people she loved working with, but also the surgical challenges that brought her such satisfaction. It nearly killed her to leave, but with the space program taking different directions, Rocketdyne was not faring well. That and the pre-Prop. 13 skyrocketing California taxes, a decision to move to Nevada in 1976 was made. The move was initially very hard on Marilyn. Though the Henry Ford certification was still working its magic to get jobs quickly, in those days, the hospital in Carson City seemed almost prehistoric compared to VPH. After a few years, she took a position as school nurse at Gardnerville Elementary. No more driving 15 miles each day to Carson...a relief back when 395 was just a two-lane road and darker-than-dark when her shift brought her home in the late-night/early-morning hours. Though the administration could drive her mad, she really loved working with the kids. However, she really hit her stride when a number of years later, she moved to the Douglas High. Though school administrations are somewhat equal in the amount of frustration they can cause, Marilyn really connected with kids at that age. When she retired in 1999, you couldn't walk 100 feet through town without a “Hi, Mrs. T!” from 20 years worth of students she had tended to. Sadly 1999 was also when Walt passed away. They had had such plans, all of which were now radically changed. Marilyn, took on the task of planting flowers at Minden Park every Spring. She also did weekday childcare at her church, Trinity Lutheran, as well as adopt a number of rescue dogs to give them a better life and help their unique personalities emerge after being buried from abuse. In 2012, Marilyn had a stroke that took a dramatic toll on her left side. Luckily, her speech was not affected—being unable to express herself would have been even worse than her physical limitations. The first 5 years after the stroke saw Marilyn fairly independent, even with some improvements in her mobility. However, a second moderate stroke changed things significantly. After 5 more hard years, Marilyn passed away on 16 November 2021. She is missed, but one cannot also feel a little happy for her—she gets to be with God 24/7, rejoin her much loved husband and other family, and is no longer trapped in a body that was no longer a match for her active mind.

Marilyn Trelenberg was born in Dearborn, Michigan on 5 March 1933 to Joseph and Clara Ketko. Her childhood was difficult. Her father, marrying her mother and giving her a half-sister, Gloria, a father, died from pneumonia when Marilyn was... View Obituary & Service Information

The family of Marilyn Trelenberg created this Life Tributes page to make it easy to share your memories.

Marilyn Trelenberg was born in Dearborn, Michigan on 5 March...