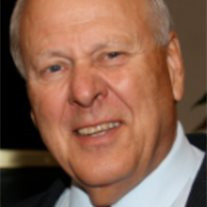 Larry Ray Rathjen, 67, beloved husband, father and grandfather of Carson City, NV went home to be with Jesus on March 19, 2013. He was born September 29, 1945 in Red Cloud, NE, the son of Milford and June Rathjen. On September 2, 1965 he married the love of his life Carol Joyce Falconer, and they were married for 47 years. He was employed by the Union Pacific Railroad for 42 years working as an electrician starting in Salt Lake City, UT and transferring to Conway, AR where he lived for 19 years. He retired from Union Pacific in 2005 and relocated to Carson City, NV. He served in the United States Army Reserve for 6 years stationed at Ft. Bragg and Ft. Lewis. He is preceded in death by his father Milford. He is survived by his loving wife Carol, his mother June of Killen, AL, his children Marcy (David) Rouse of Gardnerville, NV, Jill (Ross) Chiles of Benton, AR, Pamela (Bart) Puckett of Conway, AR, and Larry Rathjen Jr. of Conway, AR, his sister Carolyn (Robert) Horton of Killen, AL, and his brother Randall of St. Augustine, FL. He is also survived by his grandchildren Joshua, Jake, Elizabeth, Jaydon, Markus, and Josiah who he cherished dearly. He will be remembered for his deep love of the Lord, his devotion to his family, and his servant’s heart. He liked garage sales, outdoor activities, working in his garage, and helping people. He also enjoyed the 5 years that he spent as a volunteer with the Carson City Sheriff’s department and his time with the Union Pacific Railroad Club. This is not a farewell for we know we will see him again in Heaven. Memorial service will be held Sunday, March 24, 2013 at 1:00 PM at Hilltop Community Church in Carson City, NV. Pastor Don Baumann will be officiating. The online guestbook can be accessed at autumnfuneral.com at the bottom of the obituary. In lieu of flowers, please donate to Bridge Ministries Land Fund (care of Hilltop Community Church or bridge-ministries.net) which held a special place in his heart.

The family of Larry Ray Rathjen created this Life Tributes page to make it easy to share your memories.