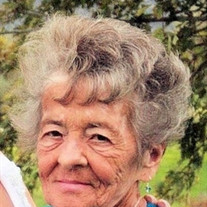 Karen was born in Reno, Nevada on June 17, 1938 to Elbert and Adell Sparks of Lovelock, Nevada. She passed away on May 20, 2012, surrounded by her family, in Carson City, Nevada. She was raised in Lovelock, Nevada and graduated from Pershing County High School. She married Ed Masterson and they raised three daughters. Karen and Ed moved the family to White Sulphur Springs, West Virginia in 1961 where she began working in the business office of the famous Greenbrier Hotel. It was while in West Virginia that Karen’s love of bowling, both the actual game and the administrative side, began and grew to become a passion. The family returned to Carson City, Nevada in 1968. She held numerous local and state bowling association offices from that time, including Secretary and President of both the Capitol City Women’s Bowling Association and the Nevada Women’s Bowling Association. She was honored at the local and state levels as a Life Member and inducted into the Nevada Women’s Bowling Association Hall of Fame in 1999. Karen’s love of bowling was passed down to her children and grandchildren. In addition to loving her family and her animals, Karen loved the San Francisco Giants and always referred to them as “her boys”. A highlight of her last few years was attending game five of the San Francisco Giant’s World Series games in 2010. Karen began working for the then named Nevada Department of Highways, better known as the Highway Department in 1969. She worked for almost 41 years in the Files and Records Management Division, and many of her co-workers have said she knew everything there was to know about the entire Department. She was honored with the Highway Engineer Service Award in 1977, and was given special recognition for 40 years of service with the planting of a tree on the grounds of the Department. Karen was preceded in death by her parents, Elbert (Sparky) and Adell Sparks and her youngest daughter, Kim Taber Johnson. She is survived by her daughter Debbie Masterson (Bill Shirley), daughter Deanne Wass (Donald); grandchildren Melissa Gates (Dan), Stephanie Munoz (Enrique), Shawn Taber, Justin Wass (Breezi), Amanda Caskey Manzo (Jorge), Rachel Caskey (Cassidy), Meaghan Rhoades (Michael), Nicole Blair (Scott), Morgan Masterson and Trent Masterson; 18 great-grandchildren and one expected in November. She is also survived by her sister Betty Randall of Boise Idaho, and twin brothers Garry Sparks and Ron Sparks (Betty) of Eloy, AZ and numerous nieces, nephews, great-nieces and great-nephews. Karen will be dearly missed by her family and friends. The family wishes to thank Vista Care Hospice for the wonderful care they provided to our Mom/Grandma and support they gave her family.

Karen was born in Reno, Nevada on June 17, 1938 to Elbert and Adell Sparks of Lovelock, Nevada. She passed away on May 20, 2012, surrounded by her family, in Carson City, Nevada. She was raised in Lovelock, Nevada and graduated from Pershing... View Obituary & Service Information

The family of Karen Sparks Masterson Williford created this Life Tributes page to make it easy to share your memories.