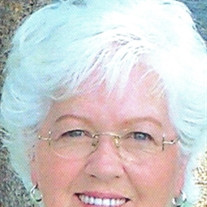 Judy Lyons Dyer was born on May 9, 1941 to Harold and Lee Salsbury. She was raised in Concord, Ca. Judy attended Mount Diablo High School and graduated in 1959. Judy raised 2 sons, Thomas Harold Anderson and Ted Robert Anderson. Judy lived in Port Chicago until 1968 and then moved to Antioch. Judy met the love of her life Cary at First Assembly of God in Antioch. They married May 23, 1987. Cary and Judy moved to Dayton, NV and planted Well Of Worship on December 7, 2003, where she fulfilled her passion of becoming a worthy pastors wife. Her desire to share Jesus was overwhelming. She shared that love wherever she went and to everyone she met. She touched so many lives. Besides sharing God’s love Judy enjoyed hunting, fishing, camping, and the great outdoors. She especially enjoyed sitting in her backyard gazing at the amazing Nevada sunsets and her wild horses. She is survived by her husband Cary Wayne Dyer, her two sons, Thomas Harold Anderson, Ted Robert Anderson and stepson Cary Wayne Dyer, Jr. She has nine grandchildren Jason Anderson, LaCie Figueiredo, Ashley Anderson, Kayla Anderson Austin Dyer, Hunter Dyer, Savannah Dyer, Jayme Dyer, Peyton Linden and 5 great grandchildren Jacob Anderson, Skyler Anderson, Derrick Anderson, Parker Figueiredo, and Landon Clays. Judy loved and thrived from her children and people absolutely loved Judy. Judy will be greatly miss by her family, as well as her Well Of Worship church family, but we are rejoice knowing she is dancing with Jesus in heaven.

The family of Judith Arlene Dyer created this Life Tributes page to make it easy to share your memories.