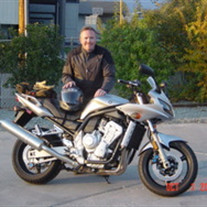 Life Legacy Dr. John Bower passed away at home after a protracted battle with Parkinson's Disease. He leaves behind his wife of 30 years, Joanne (Kizilski), son CJ (Christopher), Grandson Ren, Brother Brian, Sisters Barbara Rubi and Kris Hill (Tony) and several nieces and nephews. He was preceded in death by his father, Col. John A.B. Bower and mother Katherine Bower (Kennedy) Born January 23, 1958 in Fort Belvoir, Virginia, he grew up in Albuquerque, New Mexico. After graduating High School in 1976 he attended New Mexico Tech where he obtained a B.S. in Biology and graduated Magna Cum Laude. Following college, he joined the Navy and attended The University of New Mexico where he received his Medical Degree in 1984. John did a surgical internship at Naval Hospital Oakland from 1984 to 1985, where he met Joanne, and they were married on February 1, 1986. After his internship he spent a year as Medical officer on the USS Camden stationed out of Bremerton, Washington, from July 1985 to July 1986. He then went to Okinawa Japan where he worked as an ER physician. From Okinawa he was stationed at Naval Air Station Moffett Field, CA as a clinic physician. He was Honorably Discharged from the Navy, at the rank of Lieutenant Commander, in June 1989, and went to Merced County Hospital, where he did his residency in Family Medicine. John and Joanne moved to Carson City in July 1992, with their son CJ, where John joined Carson Medical Group. Desert Sage Medical, co-owned by John, was founded in 1999. In 2005 he closed his practice and worked for Med Direct, in clinics in Carson City, Minden, and Dayton as a Family Physician. Due to his Parkinson's he stopped practicing medicine in October of 2009. John enjoyed teaching, hiking, golf, backpacking with his son, kayaking, and spending time with family and friends, but his biggest passion was motorcycle riding. He and Joanne traveled all over the west coast and Canada on the backs of their many motorcycles.

The family of John Kevin Bower created this Life Tributes page to make it easy to share your memories.

Dr. John Bower passed away at home after a protracted...