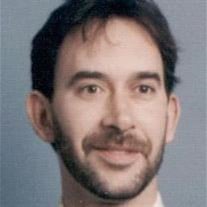 It is with sadness that our family announces the passing of John Irvin Drafke, after a long battle with cancer. John passed away peacefully in his sleep at his home in Carson City, Nevada on April 1st, 2019. His long-time sweetheart, wife and constant companion Carol Drafke was by his side as were his two faithful chihuahuas, Shady and Marco. John was born on December 29, 1959 in Joliet, Illinois. He was a beloved son of Irvin and Mary Ann Drafke (Bianco) both of whom survive him, as does his older brother Steven Drafke, all of whom reside in Lockport, Illinois. John is also survived by three sons; John Jr and wife Lindsey Drafke of Romeoville, Illinois, Robert Drafke of Encinitas, California, and Michael Drafke of Joliet, Illinois. He also leaves behind family relatives and friends, too many to list, all of whom thought the world of John. He was a graduate of Lockport Township High School. John was a free spirit and a genuinely kind man who rarely got upset or angry. His life was always about three things; family, friends and the beach. John was a devoted husband and father who proudly viewed his three boys as his greatest achievements in life. He loved spending quality time with his friends and anyone who knew John knows how much he loved sunshine and the beach. John was an avid fan of rock music, especially that of the 1960’s, 70’s and 80’s. He loved his morning coffee and donuts. He enjoyed spending time with his wife Carol, his boys, his parents and his brother, often while eating his favorite Italian foods at the Drafke family table. John was a philosopher who would often write elegant and insightful poetry. He loved animals and always had at least one dog in the family. And of course – he was a huge Cubs, Bears and Blackhawks fan and celebrated when the Cubs won the series in 2016. Perhaps John’s greatest legacy was in sharing his philosophy to embrace happiness, enjoy all that life has to offer, and his ability to bring a smile to any conversation. A memorial service celebrating John’s life will be held at a later date. Details regarding the memorial service will be provided by the family. We love you and miss you John! You were truly a special man. Until we all meet again on a sunny beach in heaven, God bless.

It is with sadness that our family announces the passing of John Irvin Drafke, after a long battle with cancer. John passed away peacefully in his sleep at his home in Carson City, Nevada on April 1st, 2019. His long-time sweetheart, wife and... View Obituary & Service Information

The family of John Irvin Drafke created this Life Tributes page to make it easy to share your memories.

It is with sadness that our family announces the passing of John...