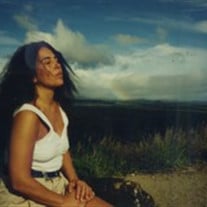 Janey Ann Muccio, 63, died on Saturday, March 8, 2014. Janey was born to Clara Gigante and the late Louis Muccio on April 3, 1950 in Paterson, New Jersey. Janey graduated from University of Nevada, Reno with a Masters of Arts in Education in 2009. In 1988, Janey and her children moved to Incline Village, NV. For nearly 10 years, Janey worked as a general manager in several local restaurants, including: the Employee Café, the Sierra Café and Ciao Mein at the Hyatt Regency, Lake Tahoe. Janey went on to teach 8th grade Social Studies and Leadership at Incline Middle School until her retirement in February 2014. Her dedication and passion for teaching culminated in the many (local and global) acts of kindness exhibited by her students. Janey motivated them to respect one another – to be global citizens – to empathize with and serve a cause – and to reach their potential. Her humanitarian activism extended beyond the classroom as a supporter of causes to inspire collective oneness, like Humanity’s Team, the Declaration of Commitment to Indigenous Peoples, and the Center for Civic Education, among others. But, it was Janey’s children and grandson who inspired her best self as a mother, worker, teacher, student, and role model. With all that she did, she never tired of also being a dreamer, with a deep faith in the potential of humanity. Janey’s spirit and legacy will continue on through her students, her family, and those whose lives she touched. Janey joins her brother, Robert Muccio, and her beloved father, Louis Muccio. She is survived by her mother, Clara Muccio, her brother, Anthony Muccio, two sisters, Lois Wilk and Jill Zangrilli, her daughter, Danika “Nikki” Tynes (husband Frank Woodson), son, Reginald Tynes, one grandson, Alex Tynes, and many beloved family and friends.

Janey Ann Muccio, 63, died on Saturday, March 8, 2014. Janey was born to Clara Gigante and the late Louis Muccio on April 3, 1950 in Paterson, New Jersey. Janey graduated from University of Nevada, Reno with a Masters of Arts in Education in... View Obituary & Service Information

The family of Janey Ann Muccio created this Life Tributes page to make it easy to share your memories.