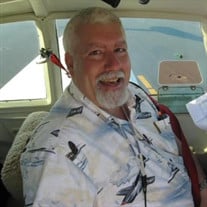 James Douglas Sanders was born on April 11, 1963 in Sycamore IL. He passed away on May 16, 2022 in Carson City, NV, age 59. He was known to most of us as Jim. His father is the late James Edward Sanders. His mother, Mary, is still with us.... View Obituary & Service Information

The family of James Douglas Sanders created this Life Tributes page to make it easy to share your memories.