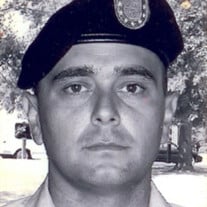 Last Ride Home It was his last ride home I heard him say but your plans have changed he cannot stay The path he takes is a path that's new and he'll leave his love at home with you It was his last ride home he's on his way you'll get to see him another day By Michele Montez James K. Montez, 37, died Friday, Sept. 17, 2010, from injuries sustained in a vehicle accident in Carson City, Nevada. He is survived by Mother and Father, Kate Young and Ernest Montez; Grandparents, Gloria Lewellyn, Rachel Fontes, and Henry Fontes; Uncle Terry Bennett, Aunt Jean Bennett and family; Aunt Catherine Montez-Toney, Uncle Joe Toney and family; Sisters, Laura and Bethany Montez; Wife, Michele Montez; Children, Jacob Montez, Carolyn Vasquez, Alexander Montez, and Shamus Montez, as well as numerous close family and friends. His integrity was admired and his generous nature touched many. He will be dearly missed. Services will be held at 10:30 a.m., Thursday, Sept. 30, at Saint Francis of Assisi Catholic Church in Sacramento. Burial will be at Sacramento County veteran's Cemetery near Saint Mary's. Friends may attend visitation at Autumn Funerals in Carson City from 2 to 6 p.m on Wednesday, Sept. 29th. Memorial contributions can be directed to the memory of James and will benefit FocusDriven, a non-profit advocacy group supporting victims of distracted driving P.O. Box 2262 Grapevine, TX 76099

The family of James Kevin MONTEZ created this Life Tributes page to make it easy to share your memories.

Last Ride Home
It was his last ride home
I heard him say
but...