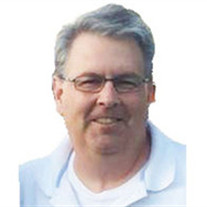 Gregory Scott Norton of Dayton, Nevada passed away at home on Thursday January 4, 2018. Greg was born in Kankakee, IL on June 8, 1967 to Stephen and Linda Norton. When Greg was still an infant the family moved to Houston, TX, then on to Arlington, TX in 1978. In 1981 the family moved to Santa Rosa, CA where Greg graduated from Montgomery High School. After high school Greg pursued his dream of becoming a paramedic by attending the Daniel Freeman Hospital’s Paramedic program in Los Angeles in 1990. After graduating, Greg moved to Sacramento, CA to pursue his career at Metropolitan Ambulance Company where he was one of the original members of the first group of paramedics in Sacramento County. He made many friends there including his partner, Kevin Gibson. Greg and Kevin remained life-long best friends and Kevin was at Greg’s side with his family when he passed away. After several years as a paramedic Greg returned to school, earning his BS degree in Electrical & Electronic Engineering at Sacramento State University in 1997. Upon his graduation he went to work for Intel in Folsom, CA, working there until 2013. In 2014 he moved from Sacramento, CA to Dayton, NV to be closer to Kevin’s family because his favorite job in the world was being “Uncle Greg” to the kids. Greg worked as a Software Support Engineer in the Oil and Gas division of GE in Minden, NV. Greg was an extremely generous and helpful person, always willing to help those in need. He was a mentor to the Robotics Team at Granite Bay High School in northern California for several years, helping to lead that team to competition at the national level. After moving to Dayton, Greg and Kevin volunteered to mentor the Lego Robotics team at Riverview Elementary School when Kevin’s son Noah joined that team. He had a great time introducing a group of 6th graders to the world of robotics. Other hobbies that Greg enjoyed were skeet shooting and sailing. He shared his passion for sailing with those he loved by taking them out on San Francisco Bay. Greg is survived by his father, Stephen Norton of Santa Rosa, CA, and two brothers, Carl Norton of Shermansdale, PA and Bill Norton and his wife Peggy of Hyde Park, NY.

Gregory Scott Norton of Dayton, Nevada passed away at home on Thursday January 4, 2018. Greg was born in Kankakee, IL on June 8, 1967 to Stephen and Linda Norton. When Greg was still an infant the family moved to Houston, TX, then on to Arlington,... View Obituary & Service Information

The family of Gregory Scott Norton created this Life Tributes page to make it easy to share your memories.

Gregory Scott Norton of Dayton, Nevada passed away at home on...