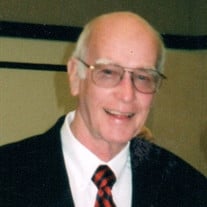 Frederick Bracey Fitts Sr., 79, passed away peacefully Wednesday July 8, 2015 at Carson-Tahoe Hospital. Originally a native of Dalton, Georgia, Fred was the son of Pryor and Ann Bracey Fitts. He moved to Nevada in 1967 and has resided in Dayton for the last 15 years. Fred graduated from high school in Chickamauga, Georgia. He attended North Georgia College in Dahlonega, Georgia before his appointment to the United States Military Academy in West Point, New York. He served in the United States Army and was stationed at Fort Benning, Georgia and Aschaffenburg, Germany. He recently retired from the Corporate Aircraft Association (CAA), a very successful nonprofit corporate aviation organization that he founded in 1994. Over the years Fred and his wife Diane, together with the Association’s Board of Directors, built the CAA into one of the most prominent aviation fuel programs in the industry. CAA was voted and rated the program providing the best overall value by Conklin & de Decker in 2012. Prior to founding the CAA, Fred was the owner and operator of Carson Aviation Services, a fixed base operation at Carson City Airport. Previously, he was a purchasing agent/pilot for IL Ranch in Tuscarora, Nevada. Fred also worked several years for the state of Nevada as an auditor. Fred was very proud to be a member of the Quiet Birdmen since 1999. He was one of the founding members of the Quiet Birdmen Minden Hangar. Surviving are his wife Diane of Dayton; sons Fred Jr. and wife Amy, Charles and wife Pamela, William and wife Kristi--all of Sparks; stepdaughter Stacy Sharp and husband Ray Oxoby of Carson City; stepson Wes Getz and wife Brandi of Sparks; sister Mary Hubbs and husband Bob of Dalton, Georgia. Also surviving are 22 grandchildren, 13 great grandchildren and several nieces and nephews. Fred was preceded in death by his parents Pryor and Ann Fitts and his son Pryor Andrew Fitts. Fred loved aviation and sports. He was a true visionary with a tireless work ethic during his long tenure in the field of aviation. He was a true friend to all he conducted business with and he literally revolutionized the manner in which Corporate Flight Departments and Fixed Based Operations (FBOs) conducted aviation fuel discounting transactions. Fred was always seen with a big smile on his face. He was a captivating story teller who loved to make others laugh. He will be sorely missed by his family and thousands of pilots and FBO staff members across the United States. Yet he will remain in their hearts evermore with his contagious laugh always being a beloved memory of a man who left this world a better place after having shared himself and his ideals with so many friends and business associates

Frederick Bracey Fitts Sr., 79, passed away peacefully Wednesday July 8, 2015 at Carson-Tahoe Hospital. Originally a native of Dalton, Georgia, Fred was the son of Pryor and Ann Bracey Fitts. He moved to Nevada in 1967 and has resided in Dayton... View Obituary & Service Information

The family of Frederick Bracey Fitts Sr. created this Life Tributes page to make it easy to share your memories.