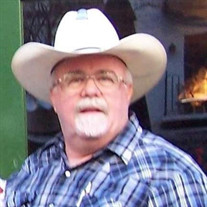 March 17, 1956 - March 30, 2020 - Donald (Don) Ray Blanchard Don concluded his fight with cancer March 30, 2020. He is survived by his wife Judy Blanchard, son Jeremy Carsten, daughter Heather Carroll, daughter-in-law Sarit Carsten, son-in-law David Carroll, grandchildren Colton Carroll and Peyton Carroll, mother Marie Blanchard, sister Lynda Anderson and brother-in-law Steve Anderson. Don was a lifetime resident of Carson City, born and raised in the area. He collected an assortment of skills and jobs throughout his time; Grocery, liquor, distribution and transportation, prosthesis crafting, cabinet making and more - he was a talented man. These talents were not enough - from the age of 18 he served with Warren Engine Company Number 1, eventually becoming their longest continually serving president and chief. He not only fought local fires, but ensured the company would continue to thrive in changing times: just one, major example of how he gave back to the community. He will be missed, as he was loved by all that knew him - and he knew a lot of people! To borrow one of his many, many sayings, he knew “everyone, and their sister”. Certainly more than a “couple three” of us will feel his loss. With his charm, and goofy sayings - which he was doing long before ‘dad jokes’ were cool- he won the heart of Judy, whom he married in June of 1985, and was with for the rest of his days. With Judy he gained a son, Jeremy, whom he won over, quite expertly, with Lego and the fact he was a good man to Jeremy’s mom - something even a four year old could see. Later, their daughter Heather was born and the family was complete. Don had a huge personality. He could fill a room with laughter easily, talk with anyone at any time. Truly, one of those individuals who had ‘never met a stranger’, and was quick to make new friends. He kept life long friends too, and taught his children that family isn’t just blood, but those you choose. As such his ‘extended family’ is too vast to put into words; bothers (and sisters) “from other mothers”, fellow firefighters, and others who became family along his way. We know you will miss him. Don had his flaws too. He was perhaps too trusting...stubbornly trusting everyone he met no matter how many times he was bitten. However, it was his optimism that defined him. No one was more optimistic than Don. In the face of career changes, moves, or fighting cancer...all were approached as a challenge. He grinned and met them eagerly with humor. Whatever your personal, spiritual convictions are, we all know Don is off to do better things. Wherever his ultimate destination, he is without pain, and has probably started seven or more projects already, tackling each his signature optimism. We have no chance to gather together to celebrate his life due to current world circumstances. No coming together to share in grief, or laugh together with stories of Don. Instead of despair, I suggest we borrow from him and try to capture some of his optimism as we face a world gone mad, as he would have done - with a grin, some odd quip, and a stubbornly bright, perhaps even unjustifiably bright, outlook.

The family of Donald "Don" Ray Blanchard created this Life Tributes page to make it easy to share your memories.