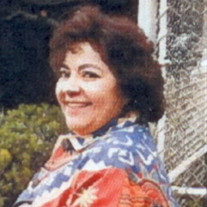 Cynthia, known to most of us as Cindy, passed away peacefully at her home on March 28, 2011, surrounded by her loving sister and friends. Cindy was born on June 21, 1954 to Carmen and Anthony Molina in Los Angeles, California. She grew up in Fontana, California, she graduated from Fontana High School, and she also graduated with a certificate in Human Services in 1975 from the University of California Extension, Riverside. Cindy married Richard Haas in Carson City in 1980 and although the marriage didn’t last long, she began her venture as an accomplished and respected business woman in a male dominated auto recycling business. She owned and operated C.A.R. (Cindy’s Auto Recyclers) for over 24 years. Running her own business wasn’t enough for Cindy, so in her spare time, she became a C.A.S.A. (Court Appointed Special Advocate) worker protecting and tirelessly advocating for children in the foster care system. She believed that siblings should never be separated and Cindy battled the systems in order to keep them together. She worked for the Family Peace Center as a visitation monitor, with exceptional conflict resolution skills. She used these skills in other jobs, quickly becoming the “go-to girl”. Education and personal growth and well-being were also very important to Cindy, who along the way, collected certificates as a Laboratory Assistant, Notary Public, Para-Legal, and Resident Title Agent. We think that Cindy must have somehow known that her time on earth was short, because there wasn’t much that she didn’t try. She took aviation lessons, became certified in scuba diving, snow skied, rode on her BMW motorcycle, traveled throughout the States and Europe, jogged, was a sharp shooter, and the Red Hat Society. Cindy was extremely generous making beautiful handmade and crafted gifts for family and friends. There was rarely a day in which someone didn’t receive a handcrafted or thoughtful card from her. She was a fearless fighter when it came to her own health, choosing nonconventional methods of beating this disease, and outlasting the medical prognosis and survival rate by over 8 years. She frustrated most of her physicians at one time or another and knew that every day was a blessed one. Cindy is preceded in death by her mother, Carmen Molina, and leaves behind her beloved sister, Susan Cox, nephew, Christopher Mansker of Iowa, cousins, Clorina & Timmy of Sacramento, Timothy of Los Angeles, Uncle Albert Serrano of Hawaii, countless girlfriends, and her aloof kittie, Simba.

Cynthia, known to most of us as Cindy, passed away peacefully at her home on March 28, 2011, surrounded by her loving sister and friends. Cindy was born on June 21, 1954 to Carmen and Anthony Molina in Los Angeles, California. She grew up... View Obituary & Service Information

The family of Cynthia Maria HAAS created this Life Tributes page to make it easy to share your memories.

Cynthia, known to most of us as Cindy, passed away peacefully...