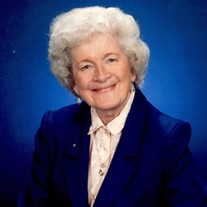 "Grammy" Bea Mae Fowler of Carson City, NV, unexpectedly passed away in her home on Thursday-January 3,2013. She was 80 years old. Bea was born to Albert Rigdon and Violet Deal Rigdon on August 31, 1932 in Vallejo, CA where she was raised. She was married briefly to Joseph Scruggs. Bea moved to Reno, NV in 1956, met and married Dale Fowler in 1961. They moved to Carson City in 1968. They were married for 27 years. Bea was preceded in death by her parents, her sister Shirley Morgan, her brother Walter Rigdon and her half sister Anna Ober. She is survived by her six children; Donald (Pam) Scruggs, William (Debbie) Scruggs, Connie Morgan, Cory (Shannon) Fowler, Dana (Karri) Fowler, Kristi Fowler-(Phil)Callahan, 18 grandchildren and 5 great grandchildren. Bea's greatest joy was spending time with her family, especially her grandchildren. They were truly blessed to have had the chance to know their Grammy. As a child Bea was a Happy Helper in the Girl Reserves (younger members of the Young Women's Christian Association). As a teen she was a member of the Vallejo Folk Dancers and joined in the Folk Dancing Festival. Bea's greatest personal accomplishment and something she was most proud of was going back to school and receiving her high school diploma in 1977, with English being her favorite subject. Bea sold Avon for many years, worked at Sears in the catalog department until the store closed and finally retired from Bobby Page Cleaners. She loved working with the public and was always making new friends. She loved to cook and bake. One of her greatest joys was baking and decorating cakes for friends and family which she did with much love and great talent. Bea made trips to Hawaii in 1991 and 1995 to visit her son, Dana, and see the sights. She loved Hawaii. She made another trip to Hawaii to visit her grandson Sheridan Scruggs in 2002. She claimed that as her most memorable because she got to meet Don Ho. Bea was a kind, generous and loving soul. She would do anything she could to help people and was always sharing what she had. She truly was an "angel among us". The family would like to thank Bea's good friend Marlys Mellum, for always making time to take her to lunch and dinner gatherings, Bea's neighbor and friend, Steve, for always checking in on her and making her wonderful dinners. Thank you to Pastor Norm Milz for visiting her and sharing communion with her regularly and a special thank you to Autumn Funeral & Cremation for their help and great compassion.

"Grammy" Bea Mae Fowler of Carson City, NV, unexpectedly passed away in her home on Thursday-January 3,2013. She was 80 years old. Bea was born to Albert Rigdon and Violet Deal Rigdon on August 31, 1932 in Vallejo, CA where she was raised.... View Obituary & Service Information

The family of Bea Mae Fowler created this Life Tributes page to make it easy to share your memories.