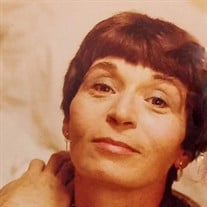 Barbara B. Christy was called home on the 24th of April, 2021, with family by her side. Barbara was born on July 15th, 1939 to Jack and Edna Bissett of South Gate, California, where she was raised with her younger sister Merry. Barbara graduated from South Gate High School, and went on to continue her education at Long Beach College (now known as California State University, Long Beach). She married Donald L. Christy as she pursued a career in teaching first, second, and fifth grade for L.A. City Schools in South Central Los Angeles, CA. She especially enjoyed teaching beginning reading, and the fulfilling feeling of seeing the proverbial lightbulb go off in a child’s eyes for the very first time. Through the 70’s and 80’s, she raised her two children in Lynwood, CA as a single mother, before setting her sights on moving to Carson City, NV in 1991. While getting settled in Carson, Barbara worked as a substitute teacher, and later managed the fabrics counter at her local Wal-Mart. After 19 years of service with Wal-Mart, she returned her apron to enjoy a very well-earned retirement. Barbara loved to spend time with her sister Merry and friends at local area casinos and restaurants. She also ventured out to Chicago several times on Amtrak, to visit with her son Donnie and his wife Persis, and her sweet granddaughter Brianna. Those trips were a true joy, as she just loved the adventure of a 2-day train ride trough the Rockies and into the plains, anticipating taking in a good Cubs home game at Wrigley Field in the Summer with her son. While not traveling, she enjoyed hosting her girlfriends from high school at her home in Carson City. This was a highlight that she and the girls always looked forward to. Barbara was preceded in death by her parents Jack and Edna Bissett, as well as her former husband, Donald L. Christy. She is survived by her sister, Merry Wright, as well as her two children, Robin L. Christy and Donald (Donnie) A. Christy. She is also survived by her beloved granddaughter, Brianna Christy, and daughter-in-law, Persis Christy. A Celebration of Life is planned for 10:00 A.M. on May 8th at Autumn Funerals & Cremations located at 1575 N. Lompa Ln. in Carson City, NV 89701. The family appreciates the condolences and kind words that have been written in her loving memory. Special thanks from the family for your friendship through the years. Barbara will be laid to rest at Lone Mountain Cemetery in Carson City, NV immediately following the celebration.

Barbara B. Christy was called home on the 24th of April, 2021, with family by her side. Barbara was born on July 15th, 1939 to Jack and Edna Bissett of South Gate, California, where she was raised with her younger sister Merry. Barbara graduated... View Obituary & Service Information

The family of Barbara B Christy created this Life Tributes page to make it easy to share your memories.